Bookmakers donate around £1.2 Million to charities. It is a portion of their profits from the Britannia Stakes held last Thursday at the Royal Ascot. The bookmakers participating in the fundraising initiative are Flutter Entertainment, bet365, 888, William Hill, Entain, BetVictor, Betway, Virgin Bet, Fiitzdares, Bet with Ascot, Tote, Rank Group, and Kindred Group. Also, they are all members of the Betting and Gaming Council.

The bookmakers promised to donate their profits from the 30-runner handicap race. Beneficiaries of the donation are ABF The Soldiers’ Charity, Ascot Racecourse Supports Community Fund, Cotswold Riding for the Disabled, Ivors Academy and Trust, and Sue Ryder.

According to 9DollarPerHead.com sources, BGC members are happy to donate the amount to various charities. Also, they supported the jobs of around 120,000 people and gave back to many good causes throughout the year. 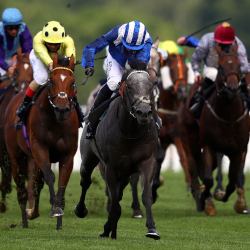 The BGC is also proud to have a close relationship with the sport of horse racing in the UK. As people go back to the race tracks and millions of fans watching at home, the Royal Ascot this year was memorable. Also, it is the year of Her Majesty’s Platinum Jubilee. Thus, it is a good year to become a bookmaker.

The money raised from the initiative will help all the charities involved. Also, the charities thanked the BGC members participating in the fundraising initiative. Additionally, they thanked Ascot for its support.

Caroline Graham of the Sue Ryder thanked the bookmakers for their donation. She said that the grant would make a difference to the charity. Also, it would enable them to achieve their financial goals of funding bereavement services.

Since the formation of the BGC in 2019, the organization has raised £5.5 million for charity. Its inaugural fundraising event was during the 2019 Virtual Grand National and the Britannia Stakes.

Do you want to start a bookie business? Check pay per head sportsbook reviews.