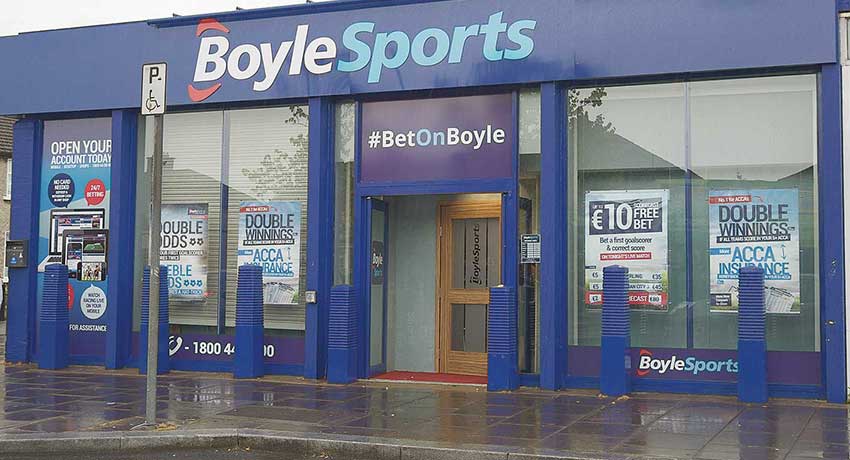 BoyleSports now has a total of 317 shops across the UK and Ireland after acquiring 33 betting shops from William Hill. As a result, it became the biggest Ireland bookie today. The chain purchased all the William Hill shops in Northern Ireland for an undisclosed amount.

Sports bettors in Ireland are likely to place their wagers in one of the BoyleSports shops in the country. According to CEO Conor Gray, it is part of the company’s goal to develop a strong presence across the Isle of Man and Northern Ireland.

Its latest acquisition complements its existing shops in Ireland. Also, it represents a vital step in its long-term goal of developing a significant presence across the United Kingdom. On the other hand, William Hill is shutting around 700 shops in the UK.

William Hill is cutting down its operations in the UK as a result of the new regulations on betting machines that made its shops less profitable. The new limits on fixed-odds betting machines have resulted in the closing of more almost a third of outlets in the UK.

BoyleSports and William Hill already finalized the deal, but the former will need to wait for four weeks to take full control of the shops. William Hill said that the Irish gambling firm would absorb all its employees. As a result, around 220 people will be part of BoyleSports as part of the deal.

BoyleSports wants to expand its retail network in the UK by adding 100 shops by the end of the year. If you’re going to start a bookie business, you can start by learning how to be an independent bookie. Using the right sportsbook betting software can help you compete with the big guys, such as BoyleSports.