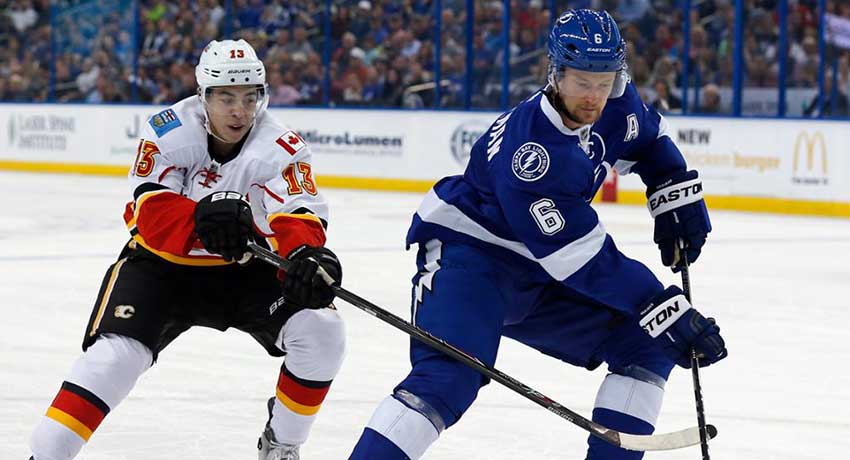 Some fans thought the Calgary Flames have a shot at the Stanley Cup this season. However, things changed when the Flames suffer lopsided loss to the league leaders Tampa Bay Lightning. Last Tuesday, the two teams met for the second time this season and the Lightning won, 6-3.

The game was supposed to be the meeting of two conference leaders. In fact, PPH sportsbook experts dubbed it as the preview for the Stanley Cup final. However, the Flames lost the top spot to the San Jose Sharks last Monday. Then the Winnipeg Jets overtook them on Tuesday.

With three straight losses, the Flames are no longer Stanley Cup contenders to the best pay per head provider. On the other hand, the Lightning showed why they are on top of their conference, and the league. The Calgary Flames is a relatively new team. While its core of Mark Giordano, Sean Monahan, and Johnny Gaudreau have been together for five seasons, there are many new faces in its roster. After trading with the Carolina Hurricanes, the Flames got Noah Hanifin and Elias Lindholm. They also signed free agents Austin Czarnik, Derek Ryan, and James Neal.

The Flames also have a new head coach in Bill Peters. In addition, he brought in Ryan Huska and Geoff Ward to be part of the coaching staff.

The team can still rebound after the lopsided loss to the Lightning. They can finish strong and get back the first-place spot in the West. In fact, they are only a point behind the Sharks and Jets. They also have a game with both teams, respectively. This is good sports news for Flames fans.

If Calgary finishes on top of the West, and the Lightning keeps its position in the East, then they will meet again in the Stanley Cup Final. If that is the case, it will be only the third time season conference winners will meet in the NHL championship series.